The Institute of Revenues Rating and Valuation IRRV About

The IRRV, (Institute of Revenues Rating and Valuation), has announced its Chief Executive is to retire.

David Magor OBE IRRV (Hons) will step down from his role at the end of June this year after serving over 50 years as a member and 21 years as Chief Executive. 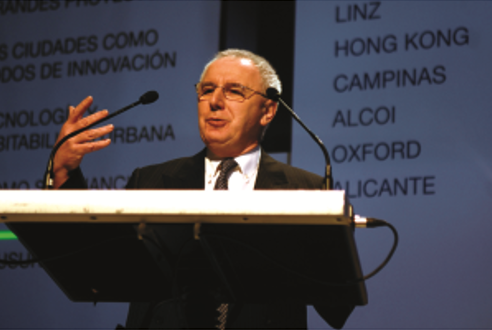 Prior to joining the IRRV David served over 37 years in local government. He joined Oxford City Council in 1973 after working for four District Councils and two London Boroughs. He progressed through several roles from Principal Revenues Officer to Assistant Director (Exchequer and Customer Services), before becoming Director of Housing and Revenues.

During his local government career, David served as a lead advisor to the Local Government Association, the DWP and the DOE and successor departments. He was awarded the OBE in 1994 for ‘Services to Local Government’. David has also advised several local authorities on practical and operational matters concerning administration of revenues and benefits. He has worked on numerous international assignments for the World Bank, OECD, European Union and US Aid.

His work for the Institute over the last four years alone has involved him in ten major contracts for IRRV clients (from both local and central government and the private sector) relating to revenues, benefits and customer services. David has also written and presented extensively on the topic of revenues enforcement.

Asked about his forthcoming retirement, David said, “The Institute has been an important part of my professional life. I have served the Institute as a Council Member and President. Over the last twenty years as an officer, I have been fortunate to have been supported by a magnificent team of dedicated colleagues and guided by a supportive elected Council. As the country begins to recover from a very difficult period, I believe now is the right time to hand the reins to a secure pair of hands. I have known Gary for a large part of my professional life and he is the ideal person to take the Institute forward to greater things, all I ask is that you give him the same support that you have given me.”

Alistair Townsend, President of the Institute, commented “On behalf of the Institute, I would like to thank David and wish him the very best for a very well deserved retirement. As he has done for many members, he has supported and mentored me throughout my career. I have learned a tremendous amount from him and will always be grateful.”

Deputy Chief Executive Gary Watson will step up as Chief Executive from the beginning of July. Working closely with David over his 14 years at the Institute, Gary has assisted David in developing the future direction of the Institute and its relationship with its regional associations, government bodies and other stakeholders, make him the perfect replacement.

Alistair continued “We will all miss David – his tremendous professionalism, his wide knowledge of the industry and his endless enthusiasm – and he will still be working with us on a consultancy basis. But with Gary taking the helm, we anticipate a smooth transition and for the Institute to continue to go from strength to strength.”